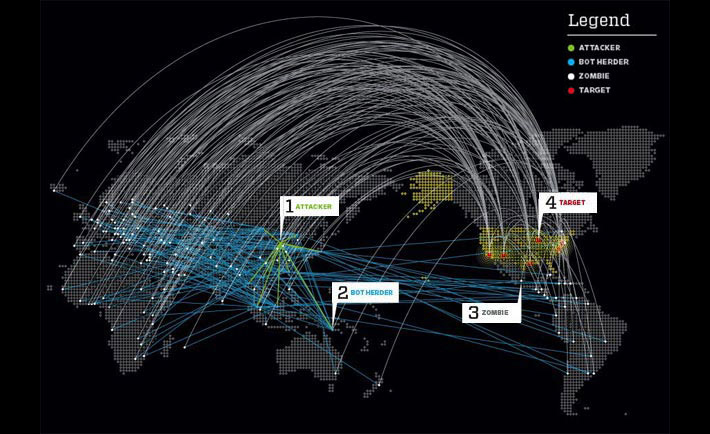 Okay, so a little sales here, a little information, and a little thought. ArsTechnica featured a great write-up this morning outlining the growing intensity of distributed denial of service (DDoS) attacks on sites, especially the length of time and amount of bandwidth used. That article can be read here. What can be derived from this? Well, obviously somebody has to be against you to make you a target. Or you have to be in a place of creating something someone else wants. So hopefully, many of our Caribbean customers will never have to be the subject of a DDoS attack.

But it does raise a good point. First, make sure Telnet port 23 is closed on systems. Make sure you’re not unknowingly part of an attack. Telnet is often forgotten about since port usage has advanced so much in networking since the 90’s, so having a complete security system in place is vital. We all know that security is important because our end users are sometimes gullible to malicious activity. We also know that sometimes that malicious activity occurs when something hits our servers that is unaccounted for. That’s where we can help (this is the sales part). I help design comprehensive solutions around security, making sure all your systems are covered. We are neutral in the brands we work with, making sure that your specific situation is covered.

As mentioned, I don’t believe many in the Caribbean will be targets, but their servers and systems could in fact become hosts for attacks in other places. And in this case, instead of being caught on defense, it’s best to play offense. Be aware, be prepared, be secured.

We’re in Fort Lauderdale, but our customers are all over the Caribbean – from the Bahamas to Belize to Guyana and everywhere in between.